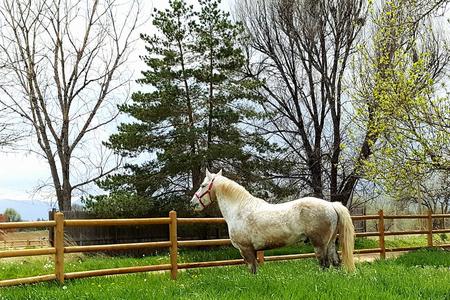 Spoiler: The moral of the story is never underestimate the power of horses.

By some estimates, more than 23 million military veterans experience post-traumatic stress disorder (PTSD) each year, described by Rebecca Johnson as “an anxiety disorder that occurs after exposure to life-threatening events or injuries and is marked by flashbacks, avoidance, and changes in beliefs and feelings.”

While counseling and behavior therapies are often prescribed to help treat the symptoms of PTSD, complementary therapies like therapeutic horseback riding (THR) have also been put into play. Johnson, a professor in the University Of Missouri-Columbia College of Veterinary Medicine and the Millsap Professor of Gerontological Nursing in the Sinclair School of Nursing, was interested in exploring how useful THR could be in treating PTSD. And thus, the study “Effects of therapeutic horseback riding on post-traumatic stress disorder in military veterans” was born.

Working with a nearby Veterans Administration (VA) hospital, 29 military veterans suffering from PTSD were introduced to a THR program once a week for six weeks. In these sessions, they learned basic horsemanship skills and completed tasks on horseback. The hour-long classes consisted of grooming and interacting with the horse before riding, applying the riding tack to the horse, then riding with a horse leader. They also had side walkers until they were capable and comfortable enough to ride alone.

The horses that worked in the study were chosen by a Professional Association of Therapeutic Horsemanship(PATH)-certified riding instructor for their fitness and experience of being ridden by adults. The study notes, "As part of the ethics approvals, the VA Research and Development Animal Component of Research Protocol (ACORP) involved a visit by a VA-affiliated veterinarian to the riding centers to verify the welfare and husbandry conditions for the horses."

PTSD symptoms were measured after three weeks and again after six weeks, using the PTSD Checklist-Military Version assessment, as well as other tests, to assess improvements made in the treatment of the anxiety disorders.

Most of us who have known and loved horses understands how powerful they can be. And of course the same goes for therapy animals of every stripe. Tucked away in the study was the following paragraph, showing how help can come in surprising ways.

"One gentleman who was a Vietnam war veteran said that he did not want to participate, but his wife encouraged him to come. However, after his first session (which occurred the week before the University went on spring break and the THR was also on recess), he thought that it was too bad to have to wait 2 weeks to do this again. This veteran not only completed the study, he expressed interest in continuing to volunteer at the riding center after completion of the study."

We tend to think that animals need us; but what if it’s the other way around? In the case of military veterans and the tragic reality of PTSD, healing may very well come in the guise of four legs and a whinny.

copy and paste link below in your browser. 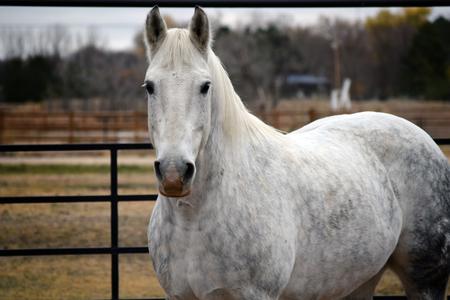